Kotobukiya is branching out into an all new statue concept with Ikemen. Similar to the popular Bishoujo series, this fantastic expansion is a lineup of popular characters re-designed by the famous Japanese illustrator Ricken in the Japanese Ikemen (“handsome men”) style!

The fourth entry in the series is the biological son of Batman, Damian Wayne in his role as Robin! The sculpting of Damian’s slim yet slightly toned form gives you a glimpse his duality as both a young man and a hero, making this IKEMEN a must for all Damian fans! 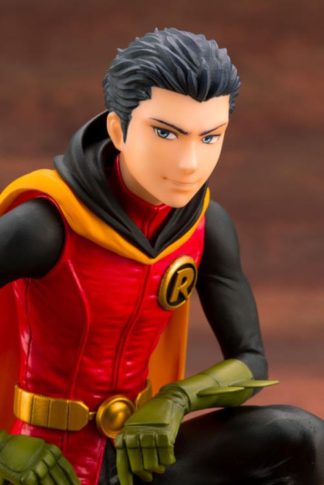