The world’s first series of action figures created by Hasbro, G.I. Joe follows a group of heroes in their fight against Cobra, an evil organization plotting to take over the world. In this new line of 1/7 scale statues, the colorful characters of G.I. JOE are reborn as Kotobukiya’s BISHOUJO!

This limited edition statue is based on the 25th Anniversary Baroness who was released in 2008. This version of Baroness can be seen in a blue suit variant of the original action figure. The ultramarine blue and neon green coloration is perfect for night missions.

The submachine gun included in this version of Baroness comes in a gunmetal color and can be displayed with the standard BARONESS BISHOUJO STATUE and BARONESS THE CRIMSON STRIKE TEAM BISHOUJO STATUE. 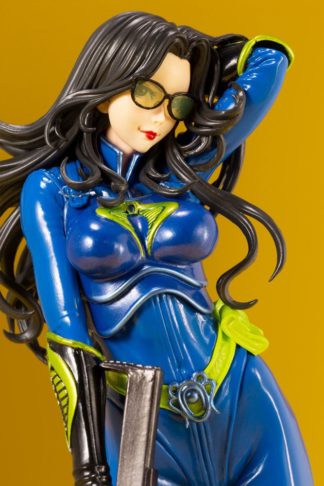