I am Iron Man…

This exclusive version includes diorama parts to recreate his death scene with Pepper and Peter. 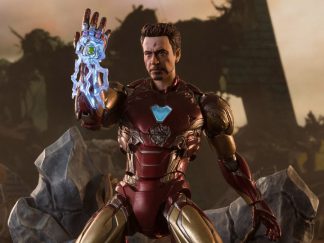