Contents: A Legacy Voyager Autobot Blaster and Eject and a blaster accessory
These Transformers: Legacy Series 17.5cm Autobot Blaster and Eject robot toys are inspired by the animated series, The Transformers, updated with Generations-style designs
This Autobot Blaster action figure converts from robot to radio mode in 20 steps
The Eject figure converts from robot to cassette mode in 8 steps
The figure in cassette mode can fit inside the Autobot Blaster figure in radio mode
Scan the QR code on each package to reveal character tech specs from across the multiverse
Collect other Legacy figures to reveal their character tech specs (each sold separately) 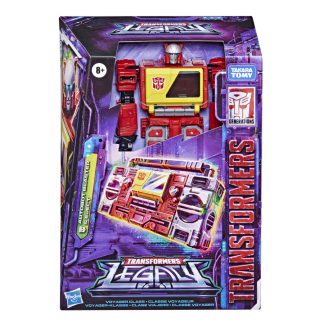