Spider-Man 2099 is loaded with accessories including a removable wrist communicator featuring Lyla – Miguel’s A.I. assistant, multiple weblines in different styles that attach to his wrists, a web mask that fits over the heads of other One:12 Collective figures, and more.

In the year 2099, Miguel O’Hara has half of his DNA re-written with the genetic code of a spider and develops a wide array of powers. Gaining the proportionate strength, speed, and agility of a spider, he assumes the mantle as Spider-Man. 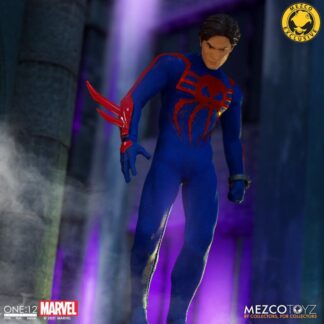