Now you can catch America’s favourite green teens in their first live-action blockbuster film! After wading in a puddle of radioactive waste, these radical reptiles are transformed into New York City’s greatest crime-fighting quartet. After rescuing Raphael from The Foot, the Turtles and their allies April O’Neil and Casey Jones retreat to April’s family farm to regroup. This 7″ scale action figure 2-pack includes all new versions of April and Casey in their farm location clothing with the approved likenesses of Judith Hoag and Elias Koteas! Super articulated and packed with farm-specific accessories, including wrench, hammer, binoculars, sports drink, April’s

I've been collecting this series since it launched, NECAs attention to the small details in amzing. 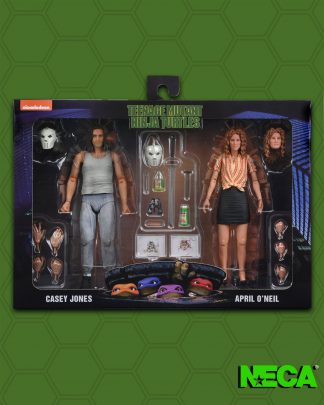