The DK-2 Guard figure is based on the Diaclone Onebox Cherry Vanette toy, which was originally planned to have black deco. The black deco was changed to red for release as Ironhide in 1984. Now, the DK-2 Guard figure is released in the originally-planned deco scheme. This figure converts from robot to van mode in 22 steps. Figure comes with blaster and shield accessories. 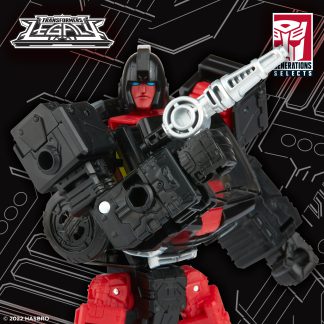